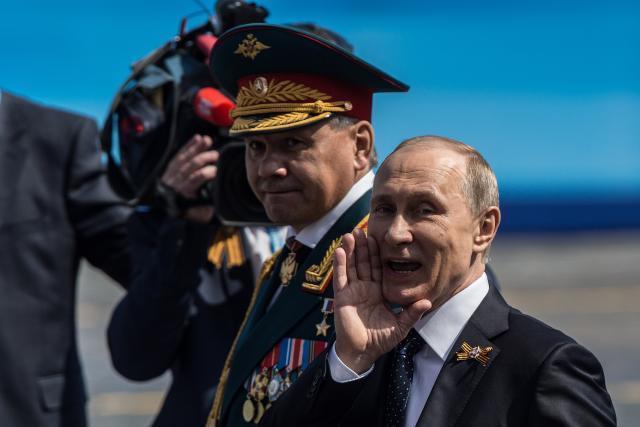 In global circles, Shoigu is considered "a serious player and Putin's spearhead."

With one gesture during Victory Day Parade in Moscow on the 70th anniversary of victory over fascism - i.e., by crossing himself - Shoigu approached those layers of the Russian people who may have reservations about Putin's politics, but to whom religion and tradition are particularly important.

Shoigu was born in 1955 in southern Siberia, on the border of Russia, Mogolia and China.

In the years of the collapse of the Soviet Union, he formed the Ministry of Emergency Situations, today the legendary MChS, that experts consider to be the most capable service of the kind on the planet.

In 2012, Shoigu became Russia's defense minister. His arrival coincided with the renaissance of the Russian Army - after decades of neglect, its equipment was being restored, but also the reputation and status of its officers.

The position of a military authority, as well as the role as one of the founders of Putin's United Russia party, gave Shoigu the status of a trusted man in all of Kremlin's plans. This goes so far that he is considered to be among a small group of candidates for Putin's successor, if such a change were to take place.

A trusted associate, a man who enters the Kremlin without knocking... but going hunting, fishing, and on similar adventures with someone (Putin), speaks to Sergei Shoigu status in today's Russia and the world. Anyone in Serbia who may wish to speak to him in Russian, has a few more hours left to practice their pronunciation.