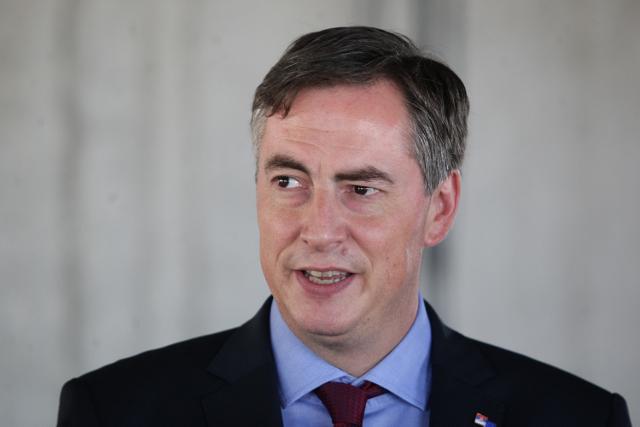 McAllister recalled that, during his meeting with opposition politicians in August, he said an active opposition was fundamentally important for every democracy, but dismissed accusations about being lenient toward the authorities regarding the rule of law and the media, stating that his report was very clear about the flaws in these fields.

The rapporteur said the dialogue between Belgrade and Pristina should lead to a comprehensive normalization of relations between Serbia and Kosovo, but that the EU would not impose solutions in that dialogue.

McAllister said that, besides the 10 opened chapters in Serbia's membership negotiations, the opening of some others could be expected by the end of the year, adding that the tempo of negotiations depended on the rate of reforms and harmonization with EU laws, but that the rule of law was fundamental for membership.

Asked what cases, such as the demolition of buildings in downtown Belgrade that has not been solved for two years, said about the rule of law, McAllister replied that the European Parliament adopted a report on Serbia in June, with a vast majority, which was "quite clear on the controversial events in the Savamala quarter in Belgrade."