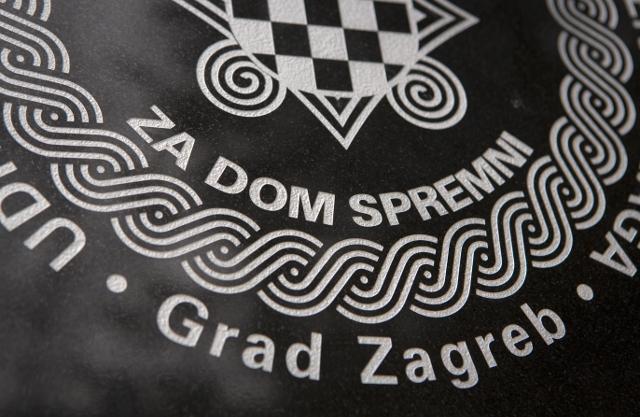 Jasenovac was a WW2-era death camp, a place of mass murder of Serbs, Jews, and Roma. The controversial salute was used by their killers - members of the Ustasha regime of the Nazi-allied Independent State of Croatia (NDH).

According to Index, police were present as the plaque was being removed, along with two members of the association that installed it there, who "protested."

Novska Mayor Marin Piletic said the removal went without any incidents, and explained:

"The plaque will be moved to near the Trokut-Novska memorial, where other monuments dedicated to the defenders from across Croatia who died are located (...) The inscription 'For home ready' will remain on it until a comprehensive legal solution about this salute has been found."

Later on Thursday, reports said that the unmodified plaque - previously installed on the building of a kindergarten in Jasenovac - has found a new home in the nearby town of Novska.

Croatian Minister of Internal Affairs Davor Bozinovic has told RTL that it was "possible" that the fascist salute would "completely disappear" from the HOS coat of arms.

"If you listened to the prime minister carefully, he said this was the first of two phases. Today the plaque is no longer in Jasenovac, and a comprehensive solution of this issue follows in the second phase," said he.