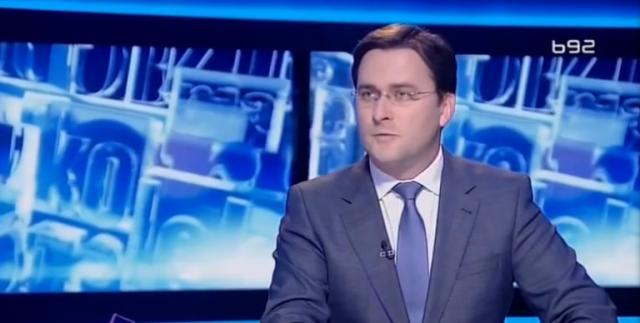 The declaration was announced recently after President Aleksandar Vucic's meeting with representatives of Serbs from the region, who had gathered in Novi Sad for the marking of the anniversary of Croatia's "Operation Storm" offensive.

Selakovic told TV Pink that "the Serbian language and the Serbian alphabet are disappearing from day to day" and that it has become "natural" for second and even first generation descendants of our emigrants to Canada or the United States to speak Serbian "less well, or not at all."

In the surrounding countries, where the Serb people have lived for centuries, their basic rights are threatened today, "among them the right to use their mother tongue, to education, and information."

"Serbia is now drawing the line under the 20th century, the century that brought to us much glory and much bitterness, a century that brought a lot of victories, but much more suffering. A century after which we need to reexamine where we are in Europe and in the Balkans, and what our future will be," Selakovic said.

He recalled that since 2014, Serbia has been particularly focused on the rights of its national minorities - rights in the field of education and culture - "and has shown everyone in the region how to treat minorities."

"The Serbian government has supported publications in Croatian, the building of infrastructure in Tavankut, the opening of a music school in Senta," Selakovic recalled.

However, "the same cannot quite be said of our surroundings," he continued, and mentioned that the 2011 census in Croatia showed that out of 186,000 Serbs, less than 53,000 said they spoke Serbian - "i.e., more than 130,000 people did not dare to say that they speak the Serbian language."

He also mentioned that for the last three years, "Operation Storm" anniversaries have been marked in Serbia and in the Serb Republic (RS) as anniversaries of the suffering of Serbs during a pogrom, and that in that time, "something has been achieved."

"We have achieved that no foreign ambassador appears at the (Croatian) celebration of Storm in Knin, we have achieved that the least number of people showed up, that our word about the truth and the suffering of the Serbs is heard much clearer in the world," Selakovic concluded.