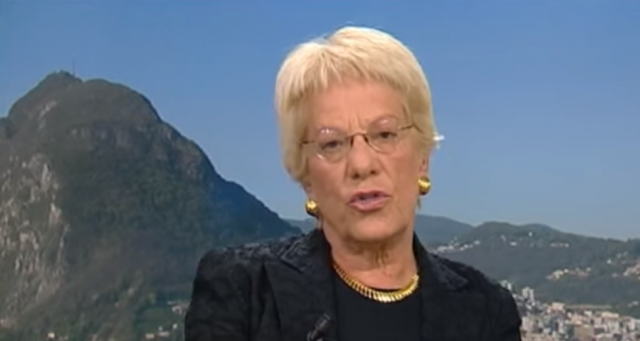 "I'm frustrated, I'm leaving. I have written my letter of resignation and I will post it in the coming days," she said, adding that after five years, she could no longer stay in the commission that is doing "absolutely nothing."

"We have had absolutely no success," Del Ponte said.

She accused members of the Security Council of refusing to pursue justice and added that until a tribunal for war crimes committed in Syria has been established, "all reports are completely useless."

According to her, "at first in Syria, the opposition were the good ones; the government were the bad ones" - but now, "everyone is bad."

"The Assad government is committing terrible crimes against humanity and using chemical weapons. And the opposition, that is made up only of extremists and terrorists anymore," Del Ponte said.

"Believe me, the terrible crimes committed in Syria I neither saw in Rwanda nor ex-Yugoslavia," she said. "We thought the international community had learned from Rwanda. But no, it learned nothing."

There are "no schools or institutions" in the country, she said, and added:

"And believe me: I did not see such terrible crimes as in Syria in Rwanda or in the former Yugoslavia."

According to her, this represents a scandal for the international community.

"We thought the international community had learned something in Rwanda, but no, they did not learn anything," she said.

The UN commission on Syria announced that Del Ponte in June informed her colleagues of her decision to leave the post "in the near future."