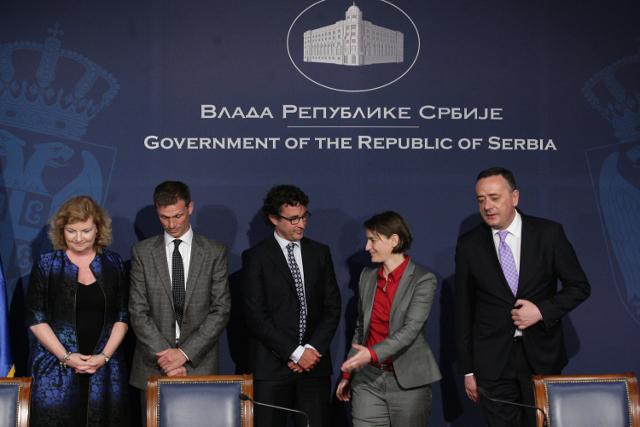 The MoU, signed by Serbian Minister of Mining and Energy Aleksandar Antic and Simon Trott, a managing director at Rio Tinto, will "enable the formation of joint working groups in order to more efficiently develop the said project through the study phase and the process of obtaining permits, in accordance with the law," according to the government.

Brnabic "pointed out that the Jadar project will significantly influence the further progress of (the town of) Loznica and the region as a whole," and that "domestic and international experts are hired on the project, which, in addition to socio-economic parameters, also focuses on protecting the environment, because without it any further progress is unthinkable."

Brnabic added that the mining company has invested USD 90 million so far in the Jadar project, while the start of production is planned for 2023 - "which confirms the longevity and stability of the project," and that "the increase in investments in Serbia directly accelerates economic growth as a prerequisite for improving the quality of life of every citizen, which is the most important task of the government ."

Aleksandar Antic "voiced hope that the signing of the MoU will accelerate all activities in the process of opening the mine and the beginning of the exploitation of lithium, which will greatly influence the development of Serbia."

The development of the project in the given timeframes and its implementation will make Serbia a key processor of two very important elements - lithium and borate, he said, adding that this would give a boost to the growth of the Serbian economy.

Simon Trott has been quoted as saying on the occasion that company Rio Tinto was "very pleased with the progress in signing the above-mentioned document, laying the foundation for more efficient project development through all project phases, thus making Serbia and Rio Tinto a step closer to becoming the leading source of supply of lithium-borate in the world."