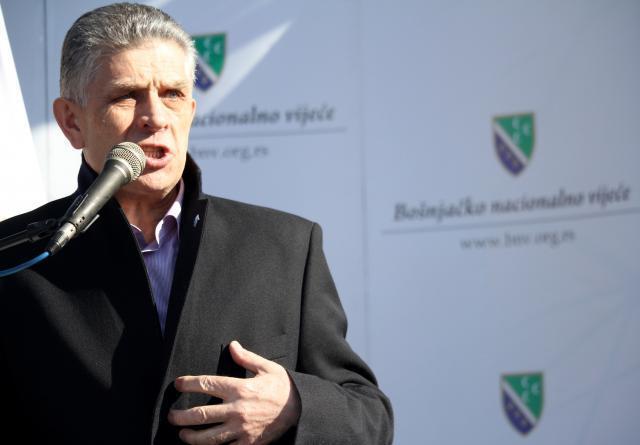 The Council has announced two competitions - for participation in the international gathering dubbed, "The socio-political, legal and historical significance of the Sjenica Conference" - and another, to select a musical number "inspired by the Sjenica Declaration."

The invitation states that the Sjenica Conference was "a historic event that is extremely important in the struggle of the Sandzak Bosniaks (Muslims) to survive and realize their rights." The conference was attended by 12 regions and towns from Serbia and Montenegro and held in August 1917, with the main topic being "the status and system of Sandzak."

After a two-day session, the conference unanimously passed a resolution demanding that "Sandzak - both that which became part of Montenegro and that in Serbia" must be annexed to Bosnia-Herzegovina - "as it belongs to it by history and language." The alternative was "Sandzak's autonomy."

According to historian Cedomir Antic, the celebration of this "controversial conference and declaration" is an attempt by politicians to create "a state history for the Novi Pazar Sandzak - although Novi Pazar does not have any greater specificity than Podrinje, Timocka Krajina or Sumadija (other regions of Serbia)."

Minister of Trade, Tourism and Telecommunications Rasim Ljajic, himself a Bosniak politician from this southwestern area of the country, said, when asked by Blic to comment on the marking of the anniversary of "the controversial conference":

"I think that Sandzak needs economic and social development, employment, and not a return to the past. We should all look at the future."

The newspaper writes that it reached out to BNV leaders to find out about the idea behind the planned conference dedicated to the declaration.

However, Sulejman Ugljanin, the leader of the List for Sandzak coalition and a member of the Serbian National Assembly, and Esad Dzudzo, a sociologist and a prominent BNV member, were not available for comment on Monday.

Ugljan's phone was switched off, while Dzudzo did not answer his.