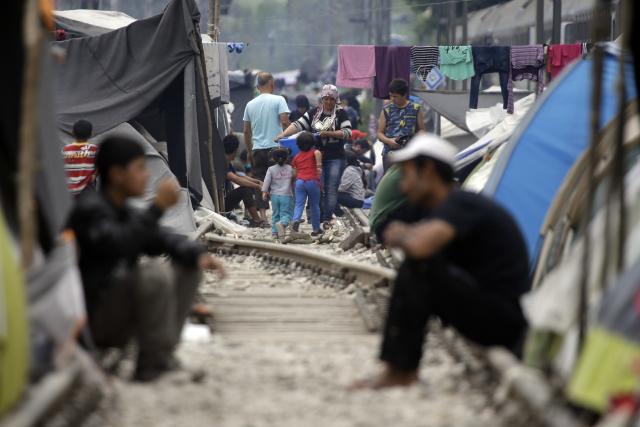 "We've received support from appropriate institutions for our initiative to shut down the reception center located in the town itself. We expect a phased eviction of migrants and their families to begin this weekend," Mayor Predrag Vukovic said, adding:

"We've been good hosts this whole time, I thank the Sid residents for the patience and trust towards the municipal authorities in solving this problem."

According to Vukovic, "each migrant received the state's full protection" - but the migrants themselves "on numerous occasions" failed to act as good guests.

Labor, Social and Veteran Affairs Ministry State Secretary Nenad Ivanisevic, who sat in on the meeting today, said the safety of Serbia's citizens came first, and "apologized to Sid's residents if they experienced any inconvenience because of the migrants."

Two weeks ago, the Interior Ministry's organized crime service, UBPOK, transferred about a hundred migrants - mostly Afghans and Pakistanis who had misdemeanor and criminal complaints filed against them - to another reception center in Serbia, that in Presevo, in the south.

Currently, about 400 people are at the Sid reception center - 300 with families, and about 100 others migrating alone.

In early April, the residents of Sid protested after a migrant armed with an ax allegedly stormed a house - with two underage girls home alone at the time - and stole a cell phone.