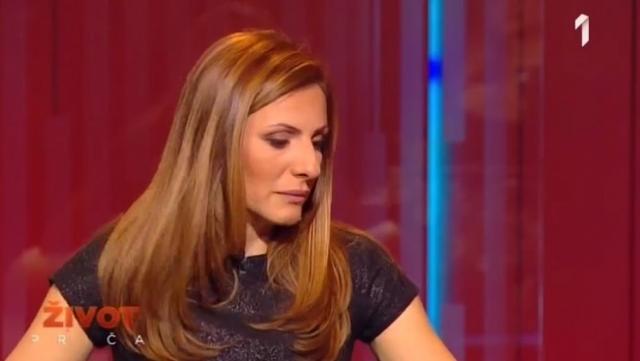 The first part of the episode, which is broadcast in two parts, speaks about the events that led to the family's struggle for justice

The Jankovic sisters, who were very close, arrived in Belgrade for studies from their hometown Vranje.

"When Tanja started working for Insajder, we all reacted differently: dad did not like it, mom was proud, and I was happy for her because she thought it was the peak of her career. I knew that she would find herself in it; fearless, a fighter for justice, goes with her head where others wouldn't go with their foot," Bojana said of her older sister. However, no one expected their father to be right.

In Insajder's newsroom, Tanja was tasked with investigating the abuses in the Kolubara mine, and immediately, the pressure began.

"Upon moving from B92's news desk to Insajder, Insider, the collegium accepted my idea to do the Kolubara topic," Tanja said, describing the beginning of her and her family's ordeal.

"After a month of researching, already the first calls for 'meetings' started coming from all sides, warnings, suggestions. Everyone called me - from intellectuals to criminals. One call was particularly interesting - it concerned Palma and Kene. I went to a meeting, together with Bojana, and the man told me - they don't care what it costs for you to give up," she said.

When Tanja asked what sum of money was in question, her interlocutor took out a pen and paper and told her to write it down herself "but not to embarrass herself with anything less than one million euros." This left Tanja flabbergasted and with only one question - "can they murder me now?"

After this event, Tanja became aware that it was a threat, a message to immediately stop dealing with Kolubara. Soon, however, Dragan Markovic Palma accused Tanja of demanding money in order not to publish information about his companies, which she learned while doing research for Insajder. When the investigative program's reporters called Palma to confirm what he had said and offer him to be a guest on the show, he denied everything he previously said, and refused the offer.

"At the same time, in Vranje, a series of arson attacks on cars, bars, even a house, began, people were attacked because they would not pay the racket to powerful local figures," Bojana continues her story. At that time, Sladjan Velinovic became the chief of the Vranje police. Tanja alerted her colleagues to start reporting about the incidents and to ask the police why they were doing nothing.

In September 2009, the Jankovic family attended a wedding in Vranje of a close relative. There, a group of men sitting in the company of police inspector Nenad Jovanovic, known as "inspector Jovka," began to provoke Tanja because of the TV station she worked for, and to threaten her, persistent in their intent to cause an incident. Out of respect for the family organizing the wedding, Jankovics decided to leave rather than contribute to the incident. Still, they did not manage to escape.

As they were leaving the restaurant, they came under attack by six men, led by Jovka. Bojana was knocked out and had her her nose broken, resulting in two subsequent surgeries. Her father Zoran was brutally beaten after being knocked to the ground and kicked. Bojana's husband Darko was stabbed with a sharp object under his arm. There is evidence of all this in the form of medical reports and witness statements.

However Jovka continues to work for the police, without being suspended for a single day, or investigated for disciplinary violations.

"The amount of hatred and aggression in their eyes, they didn't care where they were hitting... they beat us until Jovka told them to stop... and then they say this was not attempted murder," Bojana, still visibly upset, testified about the incident. She was injured when jumped among the six attackers to try and help her husband.

When Tanja Jankovic called the police to the scene, she was ignored. The journalist then contacted Ivica Dacic, who served as interior minister at the time, and who referred her to his chief of staff Vanja Vukic. A patrol arrived only after Vukic's intervention, and the order to submit the video footage from security cameras. During this time Jovka, who took part in the beating of the Jankovic family, changed his shirt, smeared with Bojana's blood, to hide his involvement.

Immediately after the incident, the police began vigorously covering up the incident - something they have been generally successful at doing for the past four and a half years. In a report drawn up after the event, the Vranje police chief states that prosecutors ordered them to file misdemeanor instead of criminal charges - which excludes the possibility of filing a criminal complaint at a later date. The prosecutors in question subsequently denied this, saying they were only informed about the incident and the untruthful "facts" 20 hours after the event.

Since then, the family Jankovic, torn between Vranje and Belgrade, lives in fear that the attackers will be back to finish what they had started.

"We went to Belgrade, to take our father to the doctor, to seek help and protection. The only thing we wanted was to remain a family, to protect ourselves from everything that threatens us," Bojana recounted the events through tears.

Meanwhile, thanks to Vanja Vukic, the Police Directorate in Vranje was put under scrutiny by the Internal Control Sector of the Serbian MUP. Fearing for his daughters' lives, Zoran Jankovic refused to cooperate with the police, and when he had to make a statement, denied they were beaten by the inspector known as Jovka.

However, MUP's Internal Control produced a report about all the omissions that have been made during and after the event at the wedding. Although as a rule, such reports are sent to the director of police and the minister, this document, through a set of circumstances, disappeared. Tanja, burdened by feelings of remorse toward her family, made a last ditch effort to try and find out whether the document existed at all, and whether the report indicated the shortcomings in the work of the Police Department in Vranje.

When she finally received the report, she realized it was a forgery. Namely, one copy stated that the public prosecutor and (then) Police Director Milorad Veljovic would be informed about the contents of the document, while a second copy made no mention of this.

The second part of the series, which will be broadcast on March 29 on TV Prva, looks at what the family faced in their attempts to obtain justice and protection.