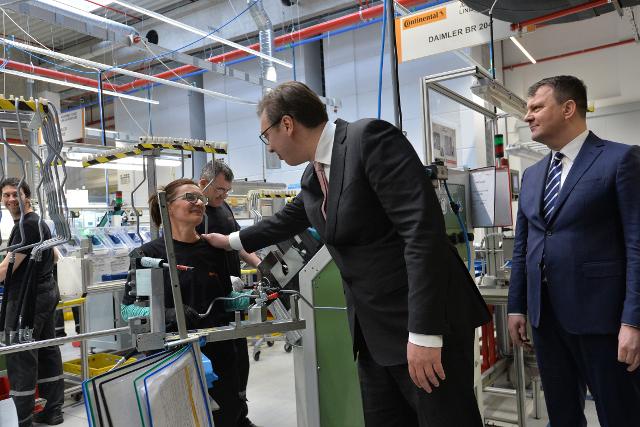 "The government and citizens of Serbia have helped to make this investment come to fruition. The Serbian government allocated over EUR 3 million and investor Continental EUR 14.5 million," he said, according to the government, adding that "people from other municipalities will also find job in this factory, not only those from Subotica, where unemployment is on the decline."

The statement quoted Vucic as saying that he was "grateful to his counselors from Germany and to the German embassy to Serbia" and underlining that "our country understood what its tasks are and is ready to fulfill them."

He added that he was "proud that 33,000 people in Serbia are employed in German companies and voiced hope that in two years that number will grow to 50,000."