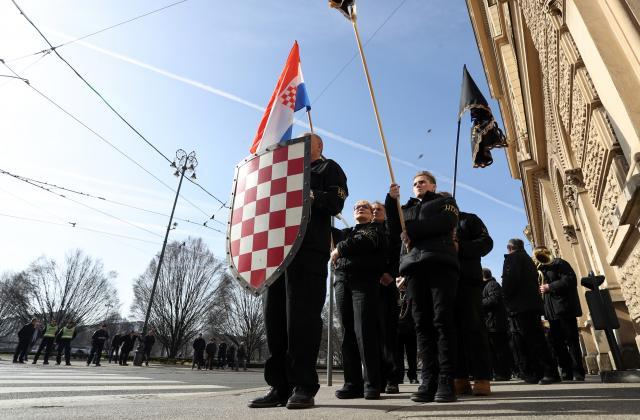 A statement said that the march of "a handful" of members of the far right party in central Zagreb "that sought to return to the political scene the retrograde ideologies from the darkest days of Croatia's history" promoted Ustashism and Nazism, and deserved to be condemned in the strongest terms.

The march on Sunday saw participants dressed in black shouting the Ustasha slogan "Za dom spremni" ("For home ready"), calling for lynching of Serbs, waving US flags, expressing support for US President Donald Trump, and also, carrying a huge shield with the NDH-era Croatian coat-of-arms, where a white field, instead of a red one, is the first in the upper left corner of the checkerboard.

The Independent State of Croatia (NDH), a Nazi-allied Second World War-era entity that operated death camps for Serbs, Jews, and Roma, was ruled by the Ustasha regime.

According to reports, those who marched in Zagreb on Sunday moved through the city "protested by the police," and "attracted the passers-by attention."

Among the flags they carried was that of the German far right NPD party.