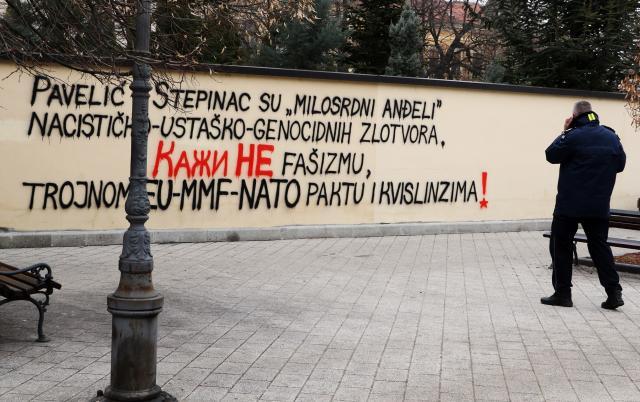 It is expected that the Serbian Orthodox Church will during the two-day meeting present evidence that Croatian Catholic Cardinal Stepinac took active part in the creation of the Independent State of Croatia (NDH) and its genocidal policy.

No statements were issued for the media after yesterday's meeting at the Bishop's Palace of the Eparchy of Backa, that lasted the whole day.

The commission is set have two more meetings: in Podgorica, Montenegro, and Slavonska Pozega, Croatia, and is expected to presents its conclusions late this year.

The Vatican's decision whether to canonize Stepinac will depend on these conclusions.

The meeting in Novi Sad is taking place after Belgrade reacted strongly to a monument was raised to Stepinac - whom Yugoslavia's post-WW2 authorities put on trial and found guilty - in the town of Osijek.

As the commission was meeting, a graffiti appeared on the wall surrounding the Bishop's Palace, reading, "(Ante) Pavelic and Stepinac are 'merciful angels' of Nazi-Ustasha-genocidal malefactors. Say NO to fascism, triple EU-IMF-NATO alliance and quislings!"

The message is written in the Latin alphabet, except for the words "say NO" that are written in Cyrillic, and in red.