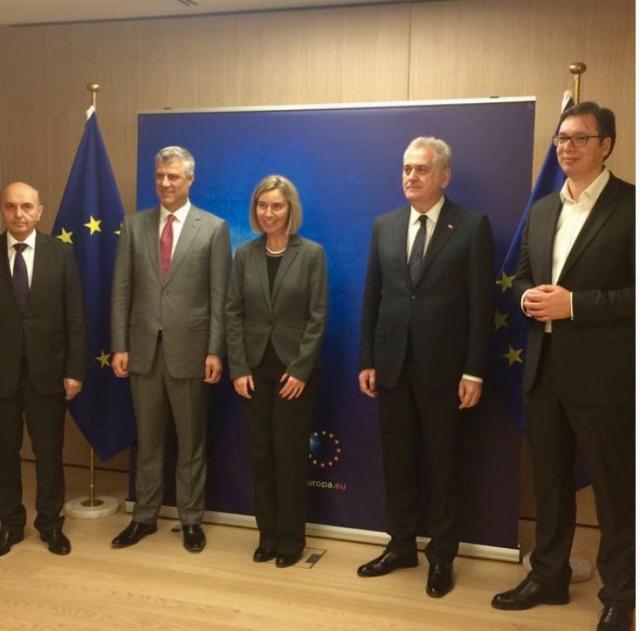 Thaci will take part in today's meeting, taking place a week after the previous round, along with Kosovo PM Isa Mustafa, and Serbia's president and prime minister, Tomislav Nikolic and Aleksandar Vucic.

The EU, as the mediator in the dialogue, announced it expects a conversation on "open issues, implementation of what has been agreed, but also about how to proceed with the dialogue on normalization of relations."

Vucic said he expects the continuation of the dialogue to pass "in sober conversations" and that "everyone will understand that stabilization of the Western Balkans is the key precondition for progress."

Speaking on Tuesday he said he "hopes it will be possible to talk with the other side in a manner that will preserve peace."

It was said unofficially in Brussels that the meeting's format and protocol will be similar to the January 24 round.

The dialogue is expected to start in late afternoon with separate bilateral meetings between the two delegations and EU foreign policy chief Federica Mogherini, and then continue during the evening as a trilateral meeting.